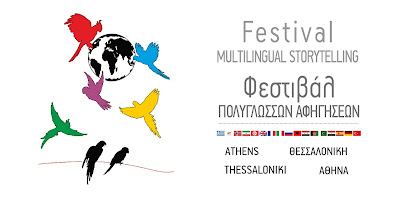 The Centre for the Study and Dissemination of Myths and Folktales announces the organization of two Multi-lingual Storytelling Festivals in Athens and Thessaloniki in March 2020.
The objective of these Festivals is to highlight the role of multi-lingual storytelling as a tool to approach multilingual audiences, as well as stories as part of the world’s oral tradition.
Storytellers meet, exchange knowledge, view, experience and techniques relating to the simultaneous telling in different languages. They are encouraged to experiment in storytelling and interact between them and with the public. The ultimate aim is to disseminate world stories, their multifaceted character and their similarities. The Festival will give us the opportunity to attend multi-lingual telling performances, listen to and tell stories in different languages, discover the world’s wealth and use multilingualism to overcome the hurdle of language!

Stories exist to be spread and they are going to travel for as long as people, languages and cultures travel and are spread.

The programme of THE THESSALONIKI MULTI-LINGUAL FESTIVAL includes a multi-lingual storytelling workshop. This workshop will take place on February 22 and 23 and on March 7 and 8 2020. It includes also multilingual telling of stories from the world oral tradition on Sunday, March 8 2020 (Opening: 17:00)
At the Festival, all the stories will be told in Greek and in the following languages: Norwegian, English, French, Italian, Spanish, Russian, German, Arabic, Urdu, Persian, Punjabi. The Greek dialects spoken in Cyprus and in Pontos (Black Sea) will also be heard.


The programme of THE ATHENS MULTI-LINGUAL FESTIVAL includes two multi-lingual storytelling workshops. .
The first will take place from the 11th to the 13th March 2020 and the second on March 13 and 14, 2020
Multilingual storytelling performances with stories from the world oral tradition will take place on Saturday, March 14 2020 (Opening: 20:00) and on Sunday, March 15 2020 (Opening: 18:30).
At the Festival, all the stories will be told in Greek and in the following languages: Norwegian, English, French, Italian, Spanish, Russian, German, Albanian, Arabic, Urdu, Persian, Punjabi, and Turkish and in the Greek dialects spoken in Cyprus and elsewhere.

CYPRUS
Multilingual storytelling workshops and performances will take place also in Cyprus in March 2020 with stories from the world oral tradition.

THE WORKSHOPS aim at encouraging storytellers to acquire new skills in bilingual or multilingual storytelling.
Moreover, they aspire to bring together storytellers from different backgrounds, cultures and languages and enable them to share their knowledge on the techniques and the methods they use to understand the deeper meaning of stories. They will attempt to introduce storytelling in refugee and immigrant inclusion structures in Greece and in Europe as a tool of mutual acquaintance with different cultural traditions. Encourage the members of these communities to work with storytellers, become tellers themselves and use bilingual or multilingual telling to build up confidence in the society in which they live, to preserve their own oral tradition and to co-exist in terms of peace and equality with other cultural groups in their country of arrival.


The workshops will give us the opportunity to learn by listening to and telling stories from different cultural traditions and by highlighting both the multifaceted character and the common course of stories.

The workshops will be coordinated by the storytellers Amir Mirzai, Giorgos Evgenikos and by the linguist and storyteller Maria Vrachionidou.

The Festival will be animated by 33 storytellers in Thessaloniki and 41 in Athens. The names will be announced shortly together with the detailed programme.

With the support of the EU programme Creative Europe
and of the Federation European Storytelling (FEST).

with the cooperation of Oslo International Rumi Festival, (Norway)

the Thessaloniki based storytelling team Lupus in Fabula (Greece)

the Systemic Centre With Words and Art (Limasol - Cyprus) 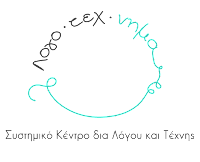 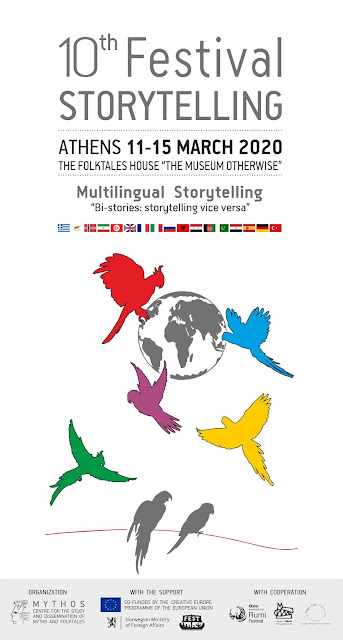 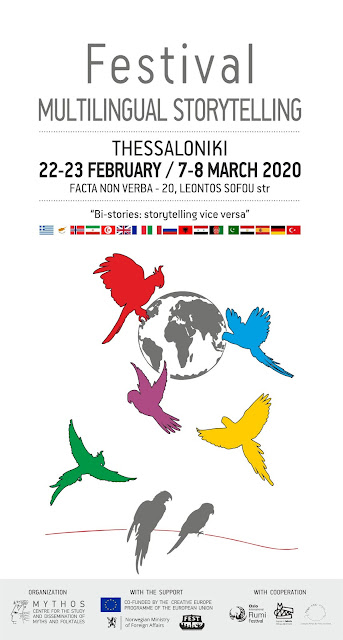 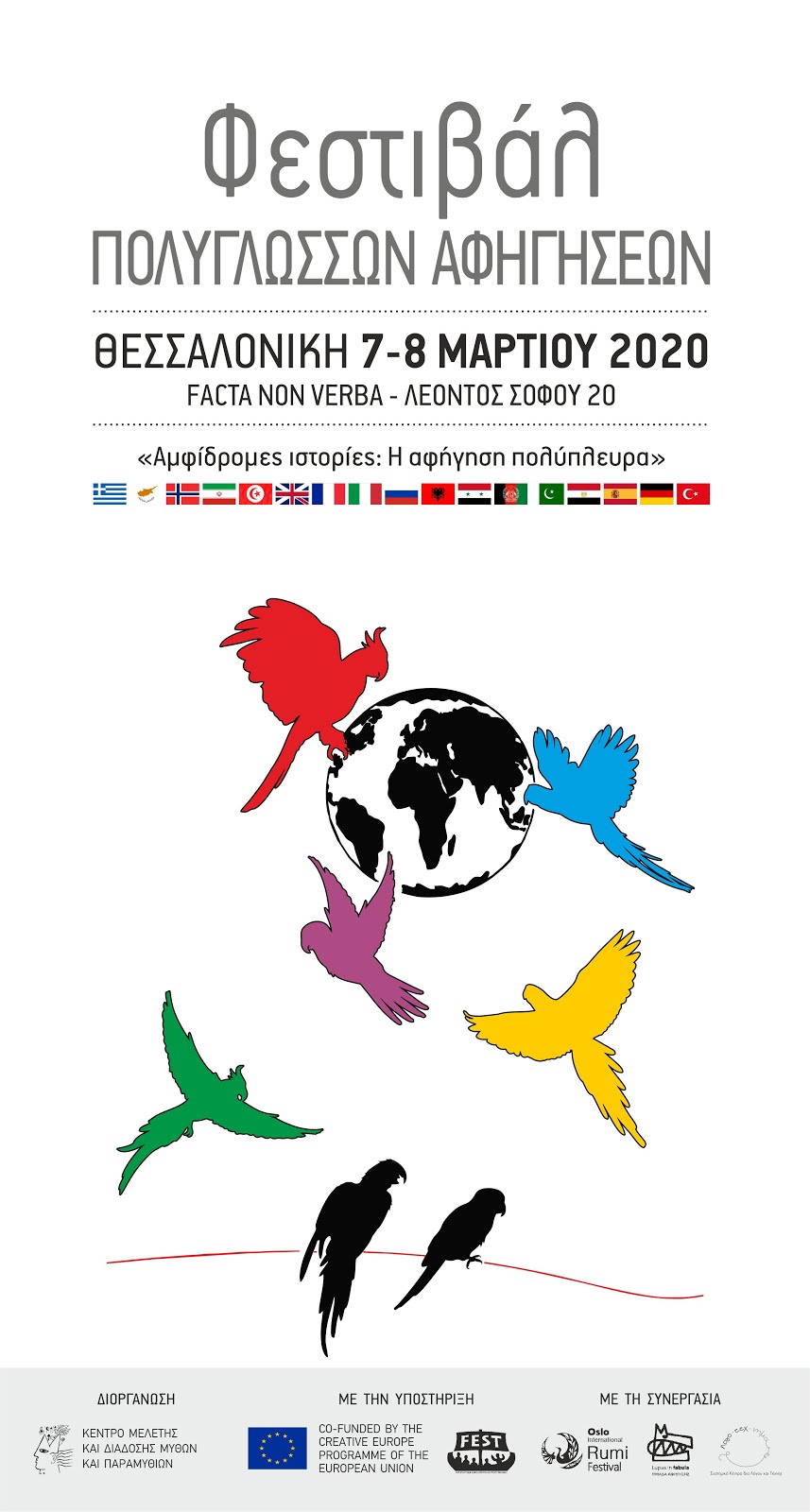 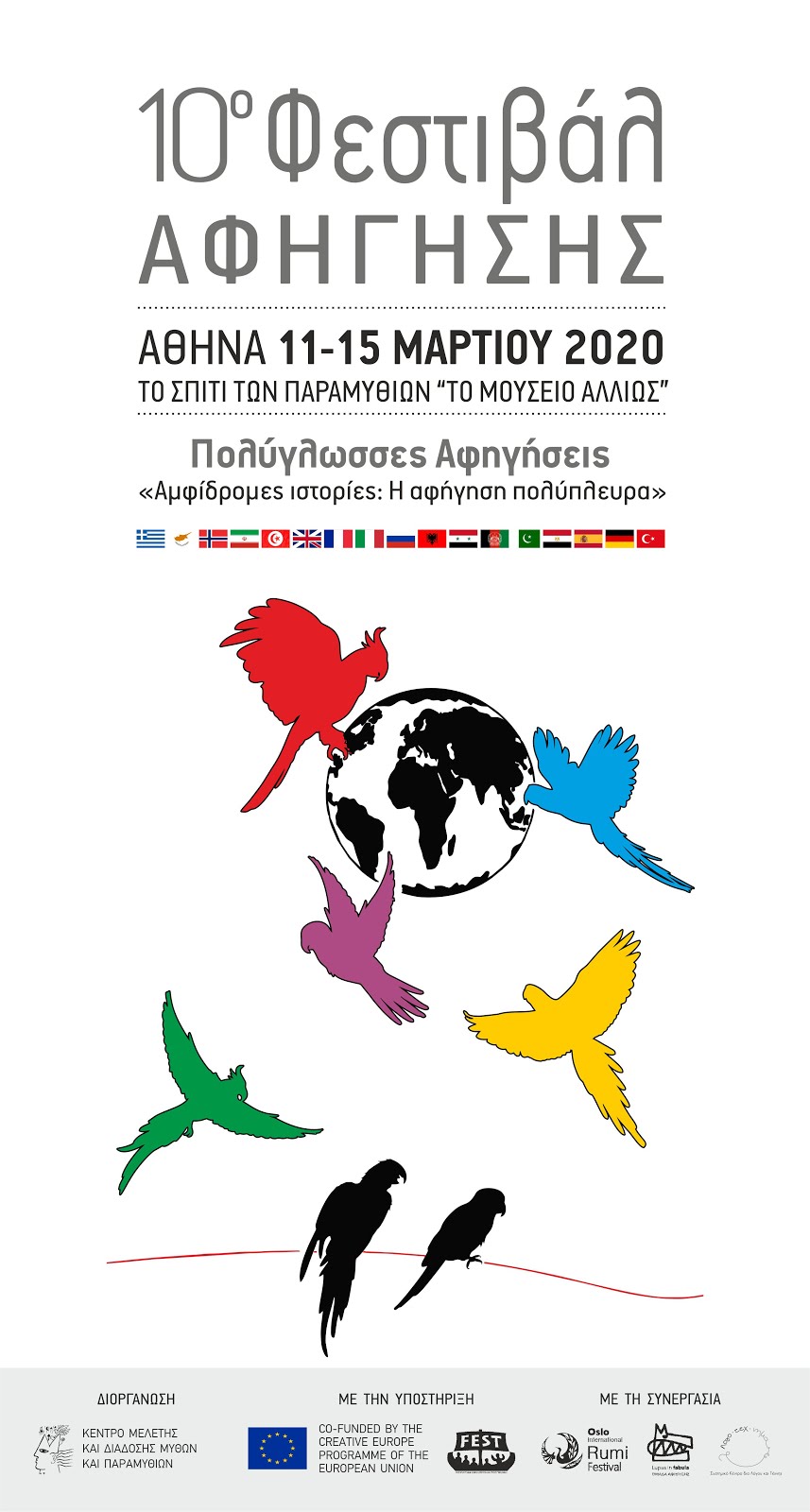